You picked Run! Hide in the Woods!

Erica unlocked all the doors from the driver's side and burst out of the car, heading straight for the forest. She could hear the man's exclamations and footsteps, but she kept going. There was no stopping now. She had to get to the nearest person, or camera even, and she would be fine. She could go home, go back to school, and never miss a 9AM class again.

She scanned the area in front of her frantically, knowing that a stumble over a root or a collision with a tree trunk could be the last mistake of her life.

After running for what seemed like miles, Erica slowed to a brisk walk. There was nothing but trees, and she had weaved her path in such a haphazard way she didn't know which way was which. For all she knew, she could've been walking right back to the man. She paused, thinking about making such a terrifying mistake, but she couldn't remain still for long. It felt much more dangerous to just be sitting there, ripe for the picking. And murdering. Beheading. Drowning. Chainsawing. Stop thinking about that, Erica. Wait–there!

To her right, above the line of trees, she could see the top of a faded red roof. She began to run again, suddenly overwhelmed with emotion. "Help! Help! Call the Authorities," she waved her arms at the cows grazing. No human seemed to be around, but someone had to own and care for these cows. Erica continued to run toward the barn, hoping to run into someone there. A figure in a wide-brimmed hat emerged from the barn and hurried towards her.

Up close, Erica could see the farmer was a woman. The woman called out, "I've got my Ameriphone right here, is everything alright? Do you want me to notify the Authorities?"

"Yes! Please! I was kidnapped by a man in a white Ford–the same man on the Amber Alert–I've only just gotten away. He was insane–talking about how the Authorities were evil and conspirators. I just want to go home, or even school would be wonderful. I go to school right near here at the Univeristy of Virginia. Could I possibly ask you for a ride there?" Erica knew she was babbling, but she couldn't help herself.

"Of course! You poor thing, you've been through so much today! Let me tell the Authorities what happened and take you home right now," the woman put her Ameriphone to her ear. "Yes, hello? My name is Linda Floss, SSN #334-09-5584, and I would like to make a report about the man in the white Ford on the Amber Alert. I have a girl with me..." Erica stopped listening and sat on the grass. She was alive. The nightmare was over.

"Okay sweetie, the Authorities are on their way. They'll be here to take you home very soon," the lady smiled. "You're more than welcome to sit inside our barn until they arrive."

Erica politely declined–there was something liberating about being in the open. She had never appreciated how blue the sky was. Even the clouds were interesting and new. That one looks like a turle on its back and that one looks like an erupting volcano, and I can't tell if that one looks more like a snake or a particularly coiled intestine. Between the clouds, there was a black dot growing bigger and bigger. It was rapidly approaching the barn.

Erica covered her eyes from the force of the helicopter's wings chopping the air as it descended onto the grass. The helicopter's door slid open to reveal two men in pristine white uniforms. Authorities. Two men with impecably smoothed hair hopped out. One walked towards the barn where Linda was watching, and another walked straight over to her. "Hello, Erica. We know you have been through quite an ordeal. If you would please come aboard, we will take you to your home," the man smiled.

"Thanks. Thank you. I'm not sure what you've heard–" before she could continue, the man cut her off, "We hear all. We know all. Be assured in this." He motioned towards the open door. Erica climbed in to see that the interior was just as clean as the men appeared to be. There was no scent in the cabin of the vehicle; there were only white seats, more for practicality than comfort. She perched onto the one closet to the other door and looked out the open door to see the other man who had gone to the barn conferring with the one who was speaking to her. They both looked over at her, and she quickly turned away. They were more intimidating than she thought they would be.

She turned back when she heard the door slide shut. Only one man was in the cabin with her–the other one must have stayed behind. Probably to ask the lady who helped me more questions. Not like she knows that much though... Erica deliberated asking the man if he knew where to take her, but decided against it. He apparently knew everything. The helicopter set off into the sky again, and Erica could see the barn becoming smaller and smaller. Her head started to spin a bit, so she closed her eyes and leaned her head against the side door of the cabin. She heard the man shuffling around in front of her, and she opened her eyes to see him staring straight at her.

She was so startled to see his cold eyes on her that she almost didn't see his hand sliding the door open. 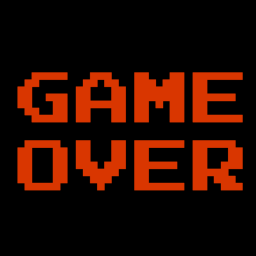